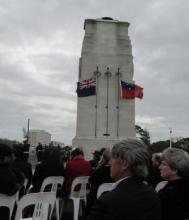 This is my Mother’s Uncle who was lost in battle over Belgium 20th December 1943.

This recollection in from my mother Maree Anne Farr nee Frewen.